how to get sued by the big boys…

So Thursday last, my wife and I were going out for one of our rare and much needed date nights. With babysitting costing between $10-$15/hour it does not happen that often! We swung by our friends’ house to play some games. When we saw people going the opposite direction of in. Betsy was announcing that “Games night is cancelled because we are being sued!” To which she added when she saw us was: “And so are you!”

That kind of gets the heart racing doesn’t!?

Needless to say: Trisha did not get her date night.

Thank you, Carl Guardino, who is modestly:

O.k., o.k. so legally I wasn’t sued by “One of the Five” but rather by an “SVLG operative”, Rick Callendar. Thursday, I was wondering who is Rick Callendar. Tips to accountablevta, for doing some research. Rick Callendar, aka Enrico Lydell Callender:

is the Government Relations Manager for the Santa Clara Valley Water District and also the head of the Silicon Valley NAACP. 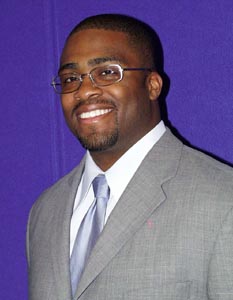 So why did I deserve such an honor as to be sued by a “One of the Ten”?

Well, I was one of the signers on the “No on Measure A” argument. The VoteNoOnA.us during the campaign will go into greater detail about this issue.

This entry was posted in 2006-06-06-measure-a, political, random silliness, transportation. Bookmark the permalink.

5 Responses to how to get sued by the big boys…